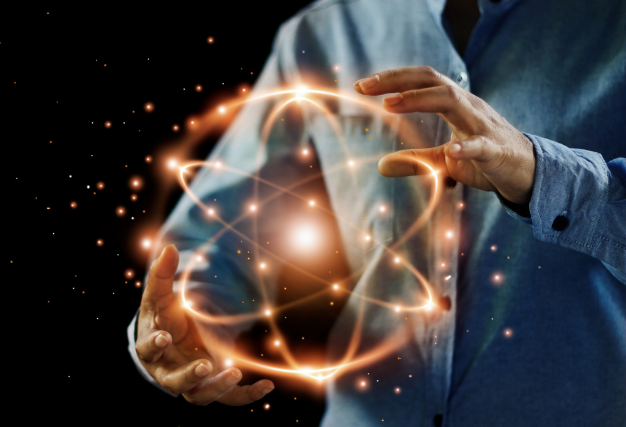 Did your 2020 goals go as planned? We bet they didn’t! This year and its many turns affected the schedule of most industries and shifted public interest towards the scientific community. Despite the current global health crisis, research continues and has brought some exceptional news to the scientific sphere, some due to, and some in spite of SARS-CoV-2. From novel phenotypes to new ways of biopharmaceutical manufacturing, 2020 brings exciting findings to the table. Here are 10 ways the life sciences have advanced this year, and we're for it: 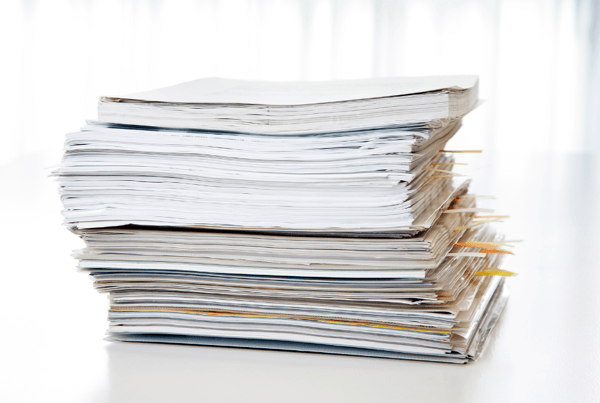 This year more than ever, there has been an overwhelming production of scientific literature that is critical for the direct treatment of a global health threat. Clinicians and researchers struggle to keep up with and filter through the hundreds of papers published every day. Considering this, a few attempts have been made to classify and make information readily available in the scientific community. In March, top leaders in machine learning such as Google helped create the CORD-19 data set, which provided a unified platform for SARS-CoV-2 related publications. Another approach taken by Johns Hopkins University was the 2019 Novel Coronavirus Research Compendium, focusing more on quality than quantity. While both attempts have proven helpful, many scientific resources (including many related to Covid-19) are still behind paywalls in major publications, preventing scientists to consolidate their findings and delaying progress for everyone. These two resources are firsts steps to solve an issue the scientific community has struggled with for decades. 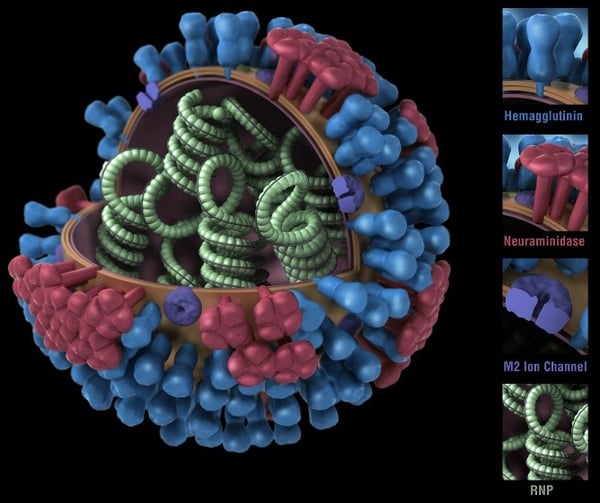 This type of novel immunization is in theory possible due to conserved regions in the “stem” region of viral envelope proteins such as hemagglutinin (HA) and neuraminidase (NA). Current vaccines produce neutralizing antibodies against the globular head of HA. However, due to antigenetic drift, the sequence at this part of the protein mutates every year, creating new strains and making it difficult for immunization to be carried over time. Several pharmaceutical companies are also in clinical trials of multiple approaches to this new concept of vaccination. Some are farther along than others, but in all cases questions still remain regarding how long protection will last or possible side effects on vulnerable populations. More testing is necessary to arrive to a safe option that could be used in healthcare, but this year we are one step closer. The estimated completion date of this study is mid-2021 and the principal investigator is Alicia T Widge, M.D. In-depth reviews of the universal flu vaccine efforts can be found here and here

CRISPR-Cas9 is undoubtedly one of the greatest scientific findings of the 21st century. While these “genetic scissors” have been around for almost a decade, the evidence-standards required by the Swedish organization were not met until 2020. On October 7th, scientists Emmanuelle Charpentier and Jennifer A. Doudna were recognized for the discovery, simplification, and application of this genetic tool with the Chemistry 2020 Nobel Prize. The genetic sequence CRISPR was first discovered by Dr. Mojica in the early 2000’s, but it was not until Charpentier’s studies of Streptococcus pyogenes in 2011 that tracrRNA was brought to the equation that solved how and why CRISPR/Cas9 was able to cleave the DNA of viruses as an immune response in ancient bacteria. As Claes Gustafsson, chair of the Nobel Committee for Chemistry, says in a press release: “There is enormous power in this genetic tool, which affects us all. It has not only revolutionized basic science, but also resulted in innovative crops and will lead to ground-breaking new medical treatments,”. 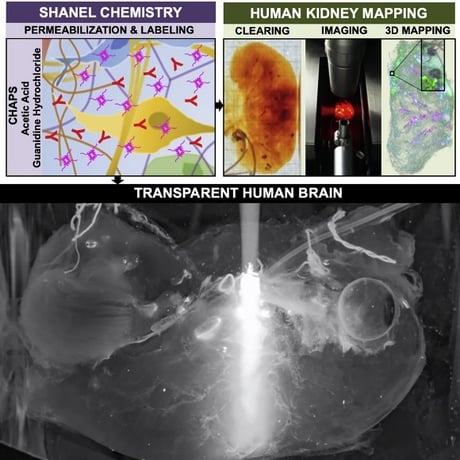 The technique, called SHANEL (Small-micelle-mediated Human organ Efficient clearing and Labeling) has allowed researchers to render human brain and kidney organs transparent and perform 3D histology assays with a variety of dyes and antibody combinations. The structural knowledge of organs provided by this finding has crucial implications for the future of 3D bioprinting in the areas of transplants and research. Up until 2020, transparency couldn’t be achieved with human tissue due to lack of a functioning detergent. The newly discovered detergent CHAMPS combined with advanced technology in microscopy have made it possible for dyes to be introduced into organs at centimeters depth and be “caught on camera”. The image below was published in the study linked above.

Researchers at the Harvard John A. Paulson School of Engineering and Applied Sciences (SEAS) might have discovered a way to prevent or help cells recover after a heart attack. As a first step towards this type of technology, researchers tested endothelial-derived extracellular vesicles (EEVs) as a protein transport vehicle to a heart-on-chip model (a multi-channel 3-D microfluidic cell culture chip that can mimic an organ, in this case, the human heart) and successfully monitored functionality. Extracellular vesicles (EVs) carry thousands of proteins between different cells, many of which help decrease stress and could potentially protect cardiac tissue. With this hypothesis in mind, the team induced injury in the heart-on-chip tissue by oxygen restriction, and, after 90 minutes of reoxygenation, they measured cell death and contractile force. Tissue treated with EEVs had double the cellular survival rate and showed greater contractile force than the untreated control. While more testing is necessary to develop this concept into a viable application, this first step seems promising!

While humoral (antibody-mediated) immunity is a main factor in our body’s response to foreign agents, its regulation and key players are not well-understood. In this study, the gene JAGN1 was found to be a novel component of the pathway. Further research is necessary to elucidate complete mechanisms of action, however this new phenotype of a known gene seems to be crucial for effective antibody-mediated immunity.

The neuronal pathways and key elements in long-term memory consolidation are yet largely unknown. Protein synthesis and regulation has shown to be an essential step when turning short-term memories into long term ones. Specifically, the translation initiation factor eIF2 and its phosphorylation has a direct impact in synaptic plasticity and long-term memory. In a 2020 study, it was found that learning reduced phosphorylation of eIF2α in both excitatory and hippocampal inhibitory neurons. In addition, the removal of this phosphorylated translation factor enhanced mRNA translation. All of this suggests a new pathway for long term memory and opens doors to new studies and target medications for Alzheimer’s, autism, and other neurodegenerative diseases. 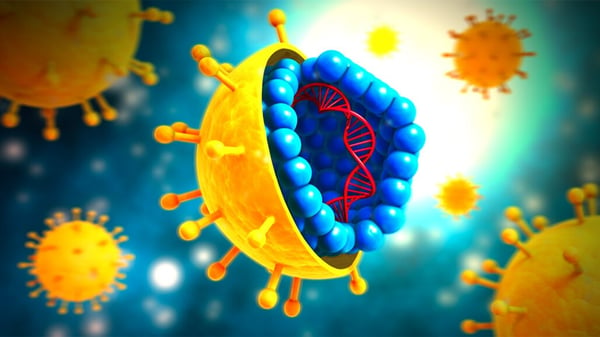 While Hepatitis C was discovered in the late 80s, the three researchers that led the main investigations against the novel (RNA enveloped) virus were recognized this year with the 2020 Physiology Nobel Prize. Hepatitis C kills 400,000 people every year from complications related to cirrhosis and hepatocellular carcinoma (liver cancer). The scientific work of Harvey Alter, Michael Houghton, and Charles Rice has saved countless lives, both from preventative efforts through laboratory screening in hospitals and from drug development and treatments to eliminate it. The most common and alarming source of infection before their investigation was blood transfusion, now it is shared syringes used in intravenous drugs. The next step for this team and Hepatitis C is an effective vaccine, and we can’t wait to see their progress!

This is arguably the most crucial goal of the scientific community in 2020. With over 1.12 million deaths worldwide, vaccine development and immunology topics have invaded the media in the last year. A multitude of efforts are being directed to this immunization and some are beginning to show progress. A summary provided by the WHO shows 42 candidates in clinical evaluation with more than 10 of them being in Phase 3 clinical trials. Some of the most promising ones are being developed by companies like Novavax, Moderna, or Sinovac. Interestingly, inactivated vaccines represent a considerable percentage of the candidates, including 3 in late stage clinical trials. With new UV LED technology solutions that allow for highly controlled virus inactivation, vaccine development and manufacturing is one step closer to the effective immunization we all need!